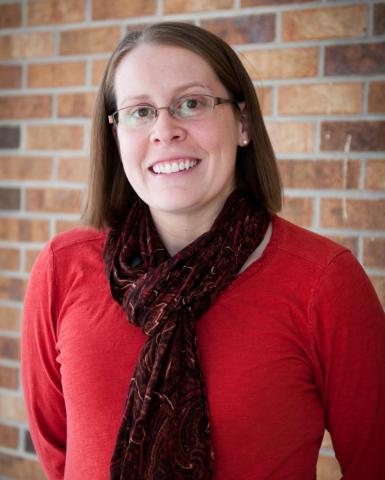 After many hours of labor and an eventual repeat c-section, “it’s a boy!” were words of great relief to me as the doctor delivered our second child.  Despite getting multiple blood tests and ultrasounds during pre-natal screenings, my husband and I liked learning that piece of information the old-fashioned way.  As the joy of another little boy overwhelmed us with happiness and my tears started to flow, the next thing we wanted to hear was that our baby was healthy.  Much to our relief, the next words from the pediatrician were “he’s perfect!”  As I snuggled my tiny new baby, I was excited and relieved.  We had a son and he was perfect!

We spent the customary three days in the hospital as I recovered from my c-section.  Each day -- sometimes multiple times a day -- a different pediatrician would examine our son and tell us he was perfectly healthy.  Each hour or so, a nurse or lactation consultant would check on us and reach the same conclusion – we had a perfectly healthy baby boy.  Not to mention all the visitors – proud grandparents, aunts and uncles, neighborhood friends – everyone who held our son remarked at the strength of his grip on their finger, the brightness in his eyes or the vigor of his kicks. We were all sure he was the picture of health and we were anxious to take him home and get into our new routine as a family of four.

On the day we came home from the hospital, a party awaited.  Our two-year-old son had convinced his grandmothers to help him bake a birthday cake to surprise his new baby brother and he was very proud of his frosting and sprinkle-covered creation. We barely found enough chairs for the whole cadre of visiting family to sit in our kitchen together, but we were all in great spirits as we ate dinner and sang happy birthday to our new baby.  We were starting to serve slices of birthday cake when my husband’s phone rang and he excused himself from the noisy kitchen to take the call.

Initially, I didn’t think much of that phone call. I figured it was probably another friend or relative calling to congratulate us, but the tone of the conversation gave me pause. My husband was standing in the hallway and I was in the middle of our loud kitchen, but all I could hear was my husband’s worried voice asking the caller “are you sure?  Is he going to be OK?”  My world started spinning.  He couldn’t have been talking about our baby boy, could he?  They wouldn’t have let us come home from the hospital if there was something wrong with him.  Everyone said he was perfect.

An intense worry combined with my already unstable postpartum emotions and tears began to well in my eyes.  I excused myself from the party to talk to my husband and try to make sense of what I’d just heard.  Sure enough, the phone call had been our pediatrician who was driving toward our house at 5:00 on a Friday night to check on our baby.  Our doctor had received a call from the state newborn screening follow-up team telling him that our son’s newborn screening had come back “off the charts” for a genetic, metabolic condition called medium chain acyl CoA dehydrogenase deficiency (MCADD).  He was instructed to contact us immediately and make sure that my milk had come in and that our son was eating every two hours.  Without frequent feedings, our baby was in extreme danger for metabolic crisis, which could lead to permanent disability or even death.  I immediately retrieved my son from the arms of his grandmother and fed him.

As I sat in the nursery frantically attempting to get my sleepy newborn to latch, I was again overwhelmed with emotion.  What just happened?  How did we go from having a perfectly healthy baby boy to having a child with an unpronounceable and life-threatening condition?  We were a healthy couple with no family history of anything like this.  We did all the pre-natal testing my doctor recommended.  We read all the pregnancy books.  We took all the childbirth and baby care classes.  Nowhere did I learn anything about MCADD!  I was in a fog, convinced that there had to be some kind of mistake. How could the numerous doctors and nurses who were keeping a watchful eye on him for the last three days not have seen this?  What happened to him being perfect?

After a sleepless night involving setting multiple alarms every 90 minutes to feed our son (an arbitrary safety factor we added to our doctor’s advice out of fear that two hours between feedings might not be enough), we showed up at our pediatrician’s office desperate for more information.  This was when we first learned about newborn screening and the vital role it plays in detecting silent conditions like MCADD where a baby can appear perfectly healthy on the outside, but can spiral dangerously quickly into life-threatening situations.  Unbeknownst to us, the hospital had collected drops of blood from our son’s tiny heel when he was only a day old and had sent those bloodspots to the state lab to be screened for a host of rare, but treatable conditions.  Our son’s abnormal screen would require confirmatory blood work, but considering how out of range his result was, everyone was pretty confident that the diagnostic test would come back showing he had MCADD.  Our pediatrician admitted that he had never heard of MCADD prior to getting the phone call from the newborn screening program, but reassured us that the information we had about regular feedings was all we needed to keep our newborn safe until the diagnostic testing results came back.

The wait was agonizing, but a few days later, our son had a confirmed diagnosis of MCADD.  We set up an appointment with the Inherited Genetic and Metabolic Disease Clinic at Children’s Hospital Colorado and started on a journey we had never imagined.  A week prior, we had been showered with congratulations.  Now, we were being showered with vital, life-saving information.  I can’t begin to tell you how grateful we were for both!

At our metabolic clinic appointments, we were taken back to high school biology class as the genetic counselors walked us through how rare, recessive conditions like MCADD can pop up unexpectedly in families without prior history.  We were educated about how our bodies use DNA as the code to create certain enzymes, each with a specific role to break down a specific fat.  Since our son didn’t inherit a working copy of the MCADD gene, his body can’t make the MCADD enzyme that breaks down medium chain fats for energy and this would require him to avoid fasting (skipping meals) to maintain consistent alternative energy sources in his bloodstream and prevent metabolic crisis.  We also learned that those tiny drops of blood taken during his newborn screening were able to detect all of this -- something even the best pediatrician in the world wouldn’t have been able to see until it was too late.

With an incidence rate of only 1 in 17,000 births, our son was one of the only MCADD babies detected through newborn screening in Colorado that year. In the days and years since his birth, we have been overwhelmed with gratitude for the life-saving information we gained from his newborn screening – a test we didn’t even know our son had until it saved his life.  We were fortunate that his condition was detected so quickly by the Colorado newborn screening program, before he experienced a life-threatening metabolic crisis. We were also fortunate to be immediately connected to a team of metabolic specialists ready to educate us on his condition and be our partners in keeping him safe and healthy for the rest of his life.

I’m happy to report that our son is doing great.  You still can’t tell that he has MCADD just by looking at him.  To the untrained eye, he is just a smart, silly, happy, active kindergartner.  To us, he is perfect – and it is all thanks to newborn screening!

BabysFirstTest.org was supported by the Health Resources and Services Administration (HRSA) of the U.S. Department of Health and Human Services (HHS) under Cooperative Agreement no. U36MC16509 (Quality Assessment of the Newborn Screening System).